The dust has settled and the layout is where it got plonked when I took it out of the 'van from hell'﻿. Wigan show was great fun and I was very happy with how the layout behaved and the response from the public which was very positive. I think Underhill Town showed itself off in a good light. 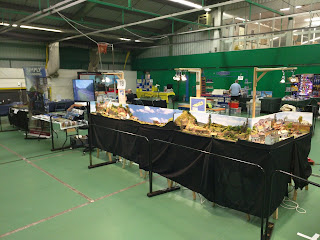 All set up on Friday afternoon 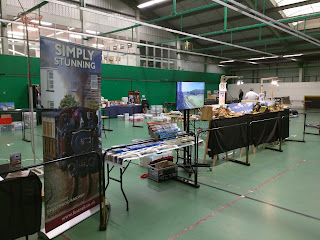 I also had an F&WHR stand with me
The 009 Society had a good presence and as well as my layout﻿ there was Aldbourne which is very classy and Stan and Roger's two small roundy roundies in addition to the society showcases and demonstrations by Charlie and David. I couldn't have managed without their assistance either getting in or out and starring in the without whom category was Alan who operated Underhill better than me while I was swanning about. 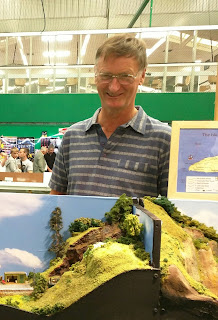 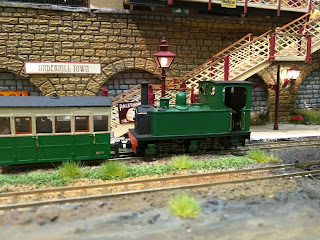 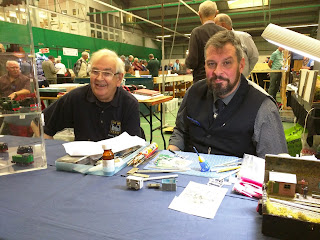 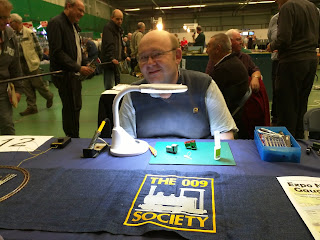 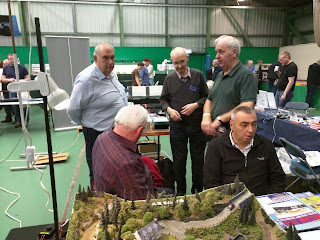 The repairs to the point motors were a mixed bag, fortunately the king point motor functioned faultlessly, however the goods siding one was still intermittent in one direction; I suspect that the switch may be faulty but without some major layout surgery I can't change it. 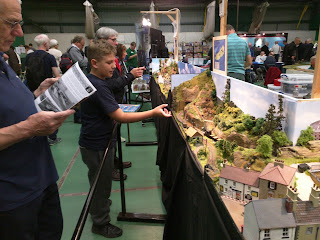 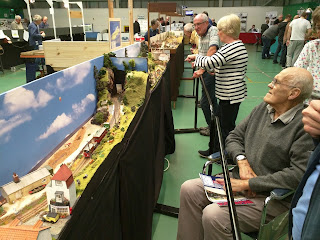 Just before the show we had our delivery of the new PECO rugga skips which ran up and down through the show, unfortunately I hadn't had time to weather them before leaving for 'up North' but I spent a happy hour last night sploshing some filth onto them. Three are grey and three brown but even I can't tell which is which now except that I know the one with the grey load was a grey one.
﻿ 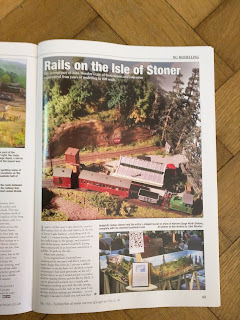 Also just after I left for Wigan the next instalment of my article in Narrow Gauge World was published. Part three has just been sent.