Since my last post on here I've been quite busy but not as busy as I'd hoped as I had to pull out of the Llanberis show due to family issues, all now happily resolved I'm pleased to say. However this did leave me with a week off on my hands so I decided to address the niggely things about Underhill Town. There was something not quite right about it and I couldn't put my finger on it, but then I realised that a big part of the problem was the colour of the big stone wall behind the platform. Out with the paints and a general darkening was and picking out some individual stones and it looked much better. 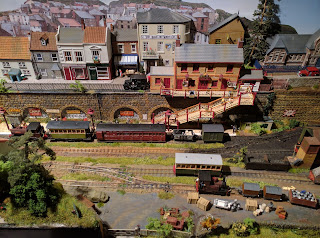 I also decided that the front edge looked wrong so added a wall and a very small sliver of hill, while I was sticking some grass on this I also put some more between the sidings which has tied the whole thing together and I think it looks much more natural as a result. 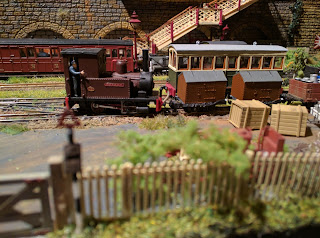 While I was looking for things wrong I decided that the buildings in Station Road just looked a bit plonked down so using some Metcalf self adhesive paving tiles I've given them a pavement. It makes the actual road stupidly narrow but there isn't much road traffic. 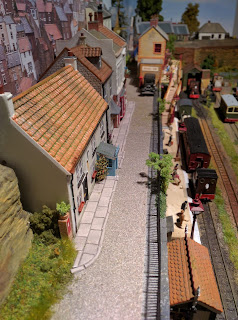 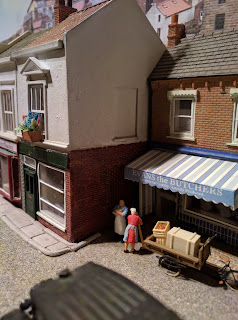 I've also detailed the butchers too, previously it was just an out of the box Scenecraft
﻿ 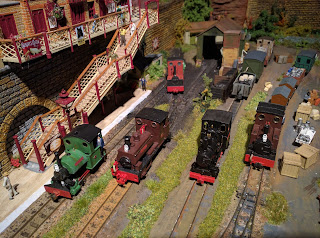 While I was involved in scenery matters I also couldn't resist the Barclyfication kit for the Minitrains Boehler. As with all the NP/EuroNG kits I've built it was a delight to build and has resulted in a﻿ very nice loco which has been named Sally as I had the nameplates already having ordered them for the Bagnall which they didn't fit. 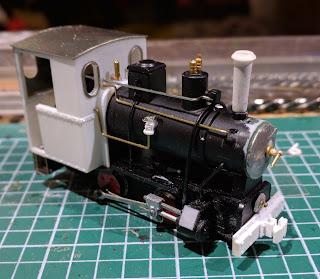 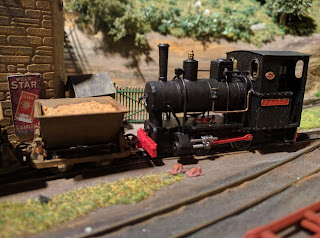 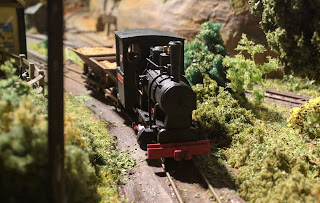 With a few exhibitions coming up I knew that the Town Quarry module needed some tarting up and a little surgery. It was never designed for bogie coaches as long as the PECO L&B ones and some of the clearances actually weren't. The worst offender was the cutting side by the points where the duckets hit the wall. I had flattened it off as best as I could but it really wasn't enough so some radical surgery took place last night.﻿ 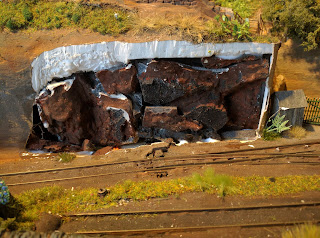 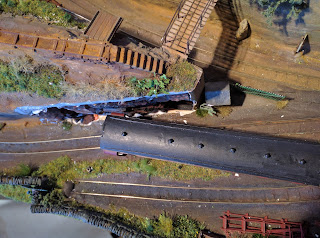