Where does the time go?

Can't believe that we are nearly half way through 2018 already and I've not kept the blog at all up to date. Time to have a big catch up, brace yourself.

Since the last update I've had long periods of doing nothing and the spurts of activity, I've finished off the 'roundy roundy' layout which has become 'Castell Coed'. 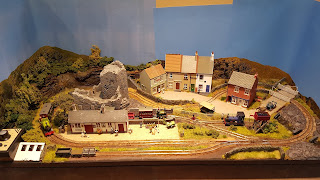 The only thing not properly finished is the backscene
I took three layouts to the Bala Lake Railway Model Railway Show in late May, Castell Coed, Arnold Lane Wharf and The Cheese Factory. The Cheese Factory is about 1ft square and features an oval of track from Jelly Models. 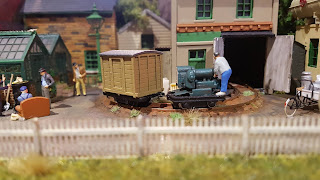 The loco is on a Portram chassis 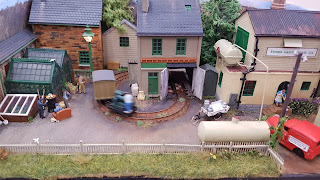 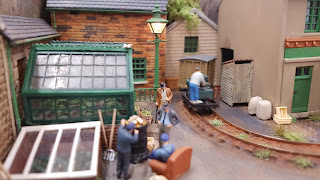 The workforce taking it easy by the greenhouses
I bought the oval of track at the Manchester show before Christmas on a whim and then the layout evolved around it. Everything else on it was either made from kits I already had or is a bit rescued from the unused Cheese factory board from Underhill. The Cheese Factory building itself has now been on four layouts, so I reckon it has earned a rest on this one.
The little train happily trundled round and round for three days at Bala with only an occasional clean of the track.

Castell Coed from above
Castell Coed was an experiment in a few ways. Firstly to try out the Minitrains track system, based on the Egger-bahn tight radius track from the 1960s. On the plus side it allows a whole layout to be built on a small baseboard, this is 85cm x 40cm. On the negative side, the track is expensive and to be honest not very well made. It certainly isn't an experiment that I shall be repeating. It is a shame as it is the only Minitrains product I've used which is less than excellent. The second experimental factor was creating scenery from scratch using static grass. This has been a much greater success and as I went on I got more used to the technique and was happy with the result. The third experimental factor was to see how I enjoyed a roundy round layout and the answer is mixed. Very handy for exhibiting as it means something is always moving, but in terms of operating satisfaction... well none really.
﻿
﻿
﻿ 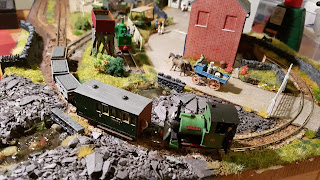 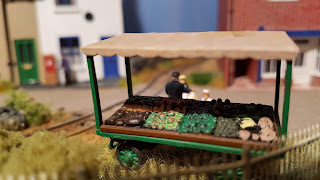 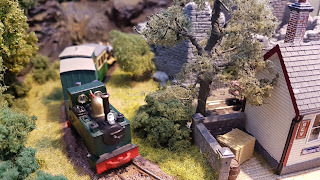 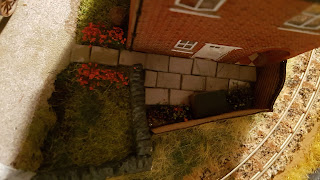 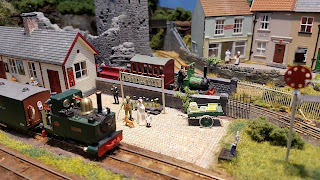 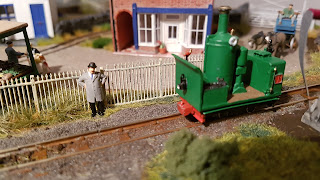 I'm not sure what to do with it now, it has served it's purpose and been to a show. 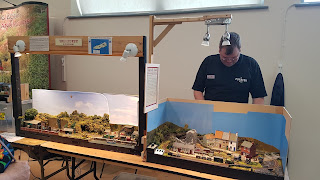 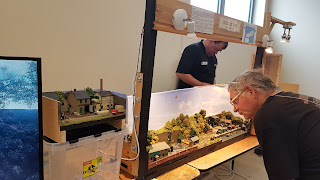 All three layouts in action at Bala 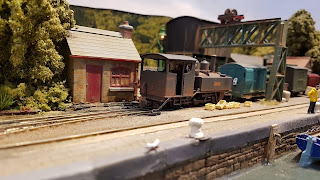 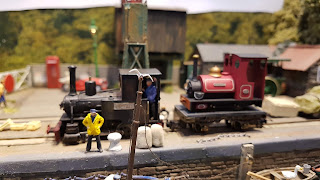 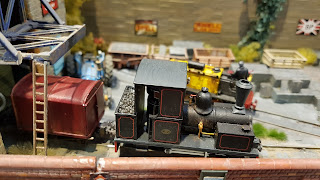 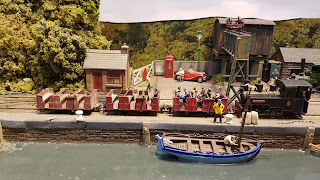 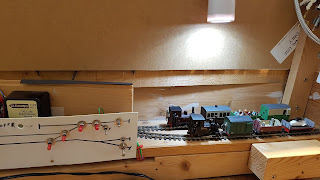 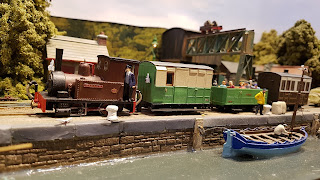 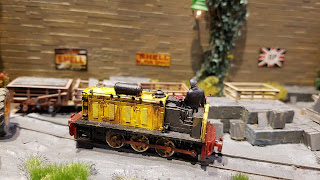 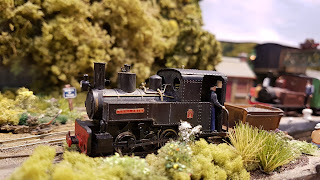 ﻿
﻿
The big new on the Underhill front is a change of plan for the installation in the garage. I had intended for Underhill to end up with a new entrance from the right end but the more I thought about it, the more I came to the conclusion that there was no way I could make that happen so I have moved on to plan B. 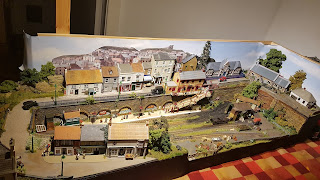 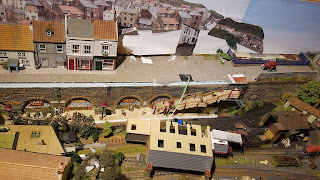 The start of demolition work to get access to the electronics 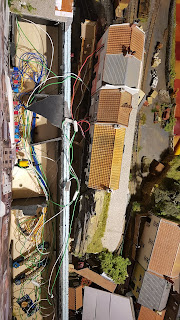 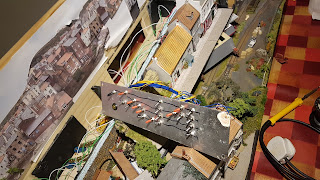 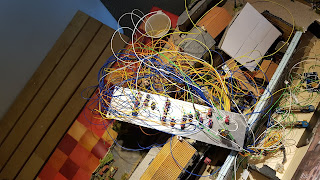 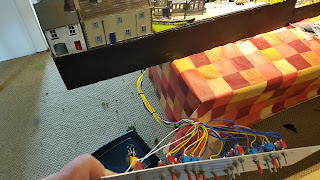 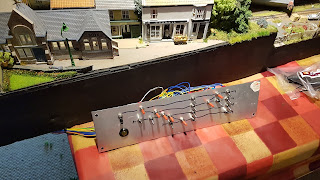 Just needs re mounting now
I'd been putting off the moving the control panel phase as I knew it would mean destroying quite a bit of the road above the station to gain access to the wiring. Having made the layout in a mad dash before a looming show, I didn't make a removeable section of road which I should have. I will this time. In actual fact, once I had removed what I needed to the actual rewiring was relatively simple if tedious. Astonishingly, it all still works too.
The next phase was to work out how to attach the Town Quarry board to the Town board in a straight line rather than round a right angle bend as in the exhibition format. 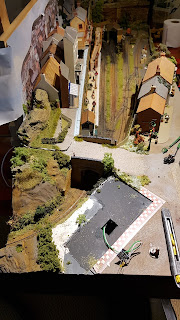 The original cutting with the Parrot Inn removed 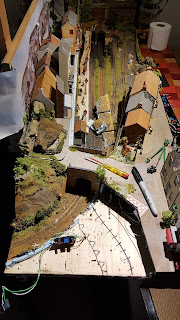 With the scenery cut back and an early idea of the new trackbed
I soon realised that I couldn't get the new alignment to curve round to join up with the quarry board without having a stupid curve and I'm trying to get rid of those from this layout. The answer is to add a section of board between the two old boards... 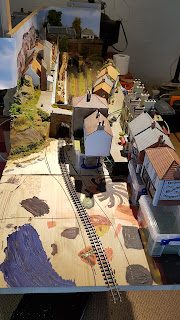 New board joined on
The new section of board allows for a nicer curve and also for the pub to move over slightly but still to be more or less in the right place. Instead of a square it will be on a narrow road which will continue onto the new board in quite a pleasing way. The only downside is that the water fountain will have to find a new home.
Next move is to take this board into the garage and install it in it's new place and then to rewire the quarry board's control panel in a similar fashion. I'm looking forward to being able to run proper trains again.
1 comment: