A tale of three locos

I haven't posted anything in the last couple weeks as I've mainly been occupied with other things, however I've had a spurt of modelling mojo this week which has resulted in Lucy B finally gaining her name and works plates. They really add the splash of colour which contrasts with the green and the shiny dome. 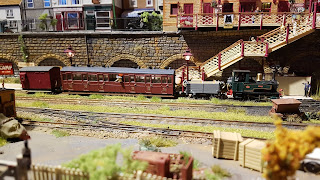 The one thing I wasn't happy with were the couplings so I ordered a set of my favourite RT models PQR brass ones and exchanged them. Result? Happy John.﻿ 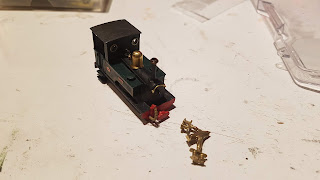 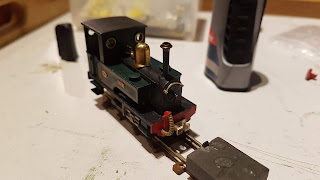 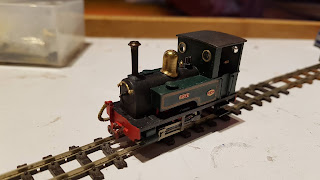 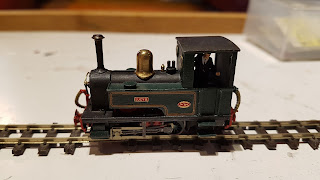 As usual I am more than usually broke so I decided that I should make a steam loco from kit parts and  chassis that I had to hand and the sell it. I had a good rummage in my big box of bits and found most of a Varikit. A while ago I went through a phase of buying a whitemetal kit each month and just emptying all the parts into said box. This means that there are all sorts of things in there; actually I found quite a lot of several kits but that will be another story or two. 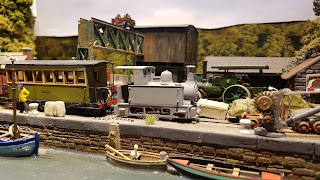 I also had a Minitrix chassis to hand that looked as though it would fit, not the classic docktank but a more modern German job with proper valve gear. I have another loco on a similar chassis which runs very nicely so I thought this one should be ok. I think I bought it off evilbay on a whim as it was cheap. 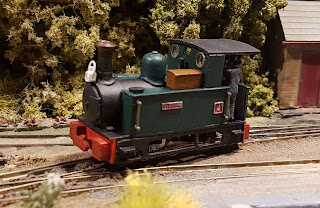 Anyway, long story short, it all went together quite well and after changing the motor and fiddling about with the chassis I got it to run pretty well. The resulting loco is now for sale on evilbay along with some kit built wagons which my recent spurt of kit building have made redundant,﻿

I also finished painting half a dozen ROCO skips which I've had for years so that I now have a fair train of them: I like how they stream along behind the Baldwin. 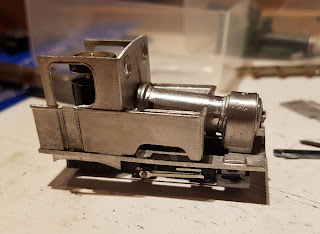 Building the Varikit got me in the mood to build another loco, but to keep this time. I had another rummage in the filing cabinet of shame and came up with a Chivers RC39 and a Minitrains F&C chassis which I had intended to join together. I already have an identical loco, Nettie which is an IoSR stalwart so a sister loco seems like a good plan. ﻿ 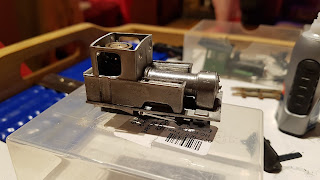 The years intervening the construction of the two locos have not been kind to the quality of the castings and I spent a lot of time filing and bodging to get the parts to sit together properly. The chassis needed a small amount of modifying as did the footplate, once they fitted nicely together and all the parts were cleaned up I glued the basic loco together. 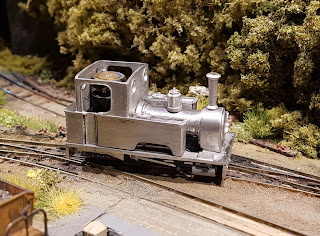 I will make a styrene roof as the loco is slightly tail heavy, as with Nettie I'm not going to bother to even fake the pony truck as it doesn't notice. I will add some more weight in the side tanks and maybe add a styrene boiler tube full of liquid gravity. I'm looking forward to adding details and painting this one. I think the same dark green lined livery as Lucy B. will suit it well.﻿