A walk on the wild side

I've been busy doing other things lately so I haven't done much modelling in the last couple of weeks but that hasn't stopped me playing trains. 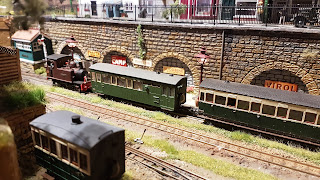 A rare outing for the IoSR restaurant carr. It has a fully detailed interior including kitchen and diners busy eating their lunch, they even have knives and forks etc, you can barely see any of this but I know it's there. 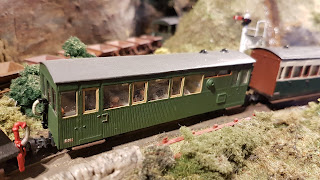 Kitbashed from a Dundas  DM40 many years ago, it could do with a repaint into a more cheery livery but I'd have to take the roof off to remove the glazing etc etc. It's on the list... 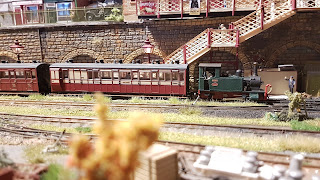 Another small job done is the attaching of the nameplates for Wendy. Ordered before lock down, I'm pleased to see that Narrow Planet's etcher must be back in action. This means that the plates for the new Minitrains tram are not far behind too. 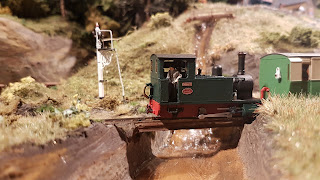 The other major bit of work done to the layout is the relaying of some road and pavement by the shops at Underhill. It's an area that I rushed when I initially built the layout as it needed to be ready for a show but it has always bugged me. 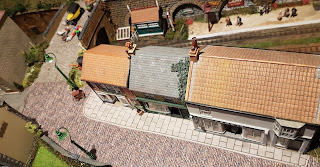 I ordered some textured, printed brick paper from a guy in Greece on eBay which took about a month to arrive, not a problem and the delivery date was quoted upfront. I wanted it for road surfacing even though it is brick. The print is slightly shiny but the texture is great. A subtle brush over with some weathering powder let the shine down and added some variation to the colour too. 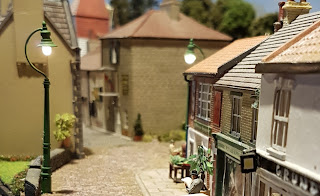 I replaced the pavement using some more Metcalfe individual paving stones. It is a slow and fiddly process but the end result is very satisfying. They are supposedly self adhesive but I used Uhu to be on the safe side. 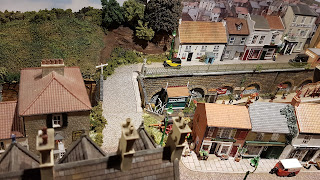 In addition to the shop area I also tidied up the edge of Station Road nearest to the railway. When I had to rip up the road and buildings to access the electrics the road and the fence never went back quite right, again a job that bugged me. I've laid a row of paving stones to tidy the road edge and renewed and painted the fence; to be honest it barely notices but I feel happier about it. 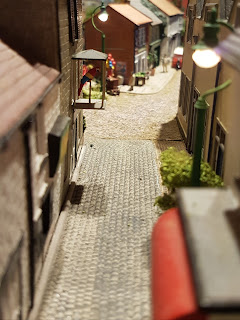 The view from past the Post Office and Parrot Inn. 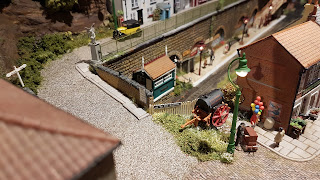 I tidied up the pavement over the bridge too. 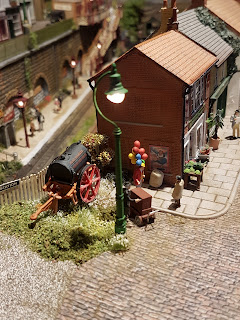 Life goes on in Underhill as if nothing had happened 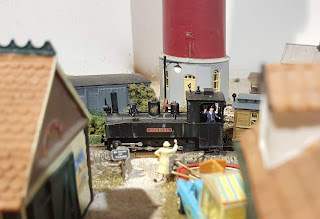 Someone will always wave at a passing train 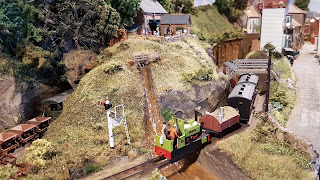 Lucy out for a run, must be a special occasion as she is quite old and fragile 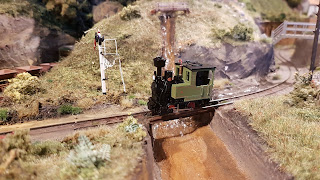 One last thing, I sorted out my Minitrains Stainz too, I always wanted an LGB one of these but it would be too big for the layout.