I just got back from a family holiday on The Mull of Galloway in Scotland which was, as ever, very relaxing. The Mull itself is like an island but is actually attached to the mainland, the scenery has been very inspiring for a future extension of the IoSR. I didn't have any modelling with me but I did ponder the next phase of construction of the layout; at the moment my music equipment is in the way but a chap can dream. After an evening of planning in my head and on paper I actually dreamt about the layout and solved a couple of problems.

This is a panoramic view of the area that the extension would/might occupy. The fiddle yard is just visible on the extreme right.
The plan is to replace the fiddle yard with a corner board where the line curves round and there is a station with passing loop, rather in the style of Tan y Bwlch and then the line would run under the window on a section of roadside tramway line before turning again into Port Lucy Station which would be where the keyboards and racks are on the left in the photo. Port Lucy is where the Main IoSR line meets the Underhill branch, being the modelled part. The mainline runs into the same station out of a tunnel, this is where the trains would disappear but I've never worked out how to have them turn round for the return into the station. I've had all sorts of fancy ideas about balloon loops on silly gradients but to no real solution. Anyway, what I'm driving at is that I dreamt all this in action and the mainline trains were PECO L&B coaches with driving trailers on both ends...
So, on my return to Wales I ordered a couple of Dundas VoR vans and a KATO 11 109 chassis to make the first of the driving trailers. 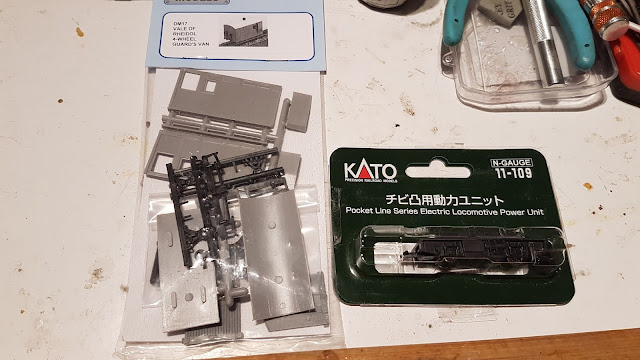 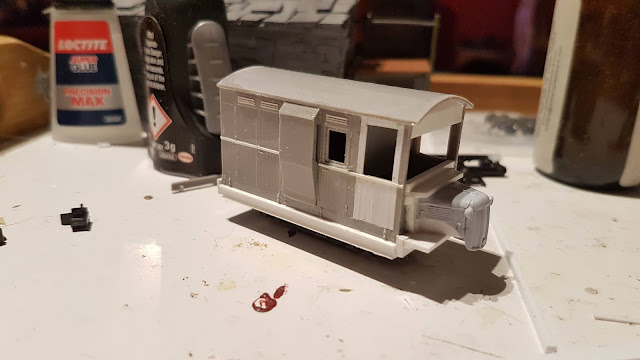 Work after the first night's efforts.
The chassis parts and the floor were put away for later use and the sides and one end stuck together as nature intended. After that I cut the other end to provide a low front and a back to the cab area. The duckets have been placed nearer the double doors creating a shorter van section and then infront of the gaurd's door is the driving compartment. Styrene strip was used to plank over where the ducket should be. I used the bonet and radiator from the trusty RAF ambulance Airfix kit to give the beast a snout. 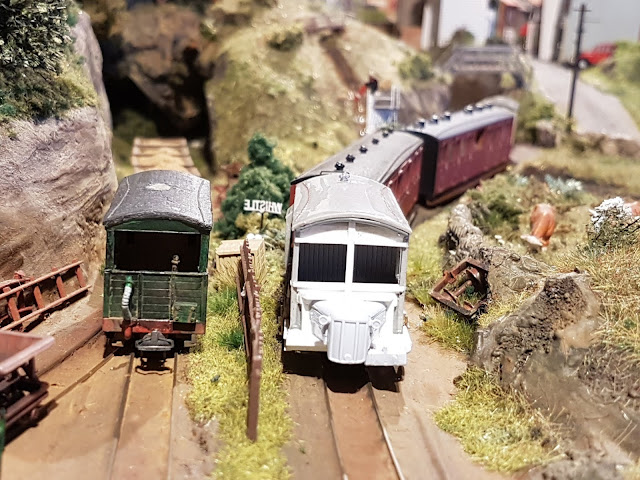 After lowering the body slightly more and adding some detail parts here it is on test. 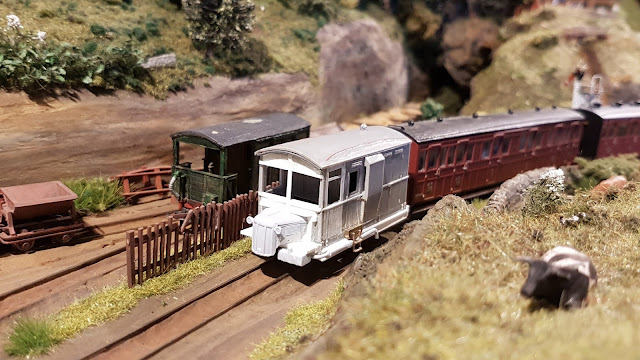 It will need some weight adding as it struggled to pull two carrs and the half truckle which I used to represent the other, un-powered driving trailer, as yet un-built. 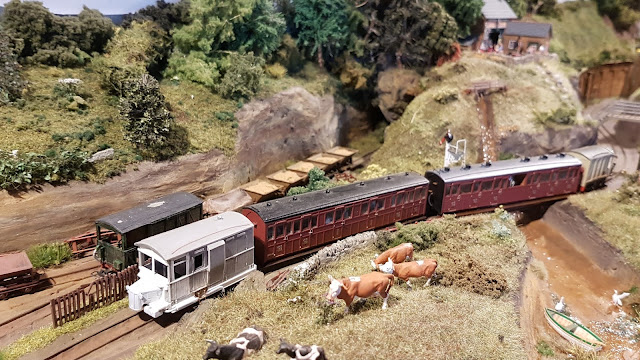 Quite pleased with the look of it so far, need to build the other end now then paint them. 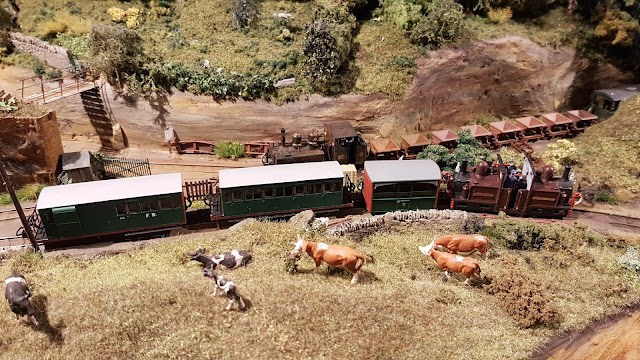 It's always nice to have a guest operator and visiting trains and just before we went to Scotland there was just such a visit from a rather Ffestiniog Flavoured modeller. These are his Dundas bogie coaches with a PECO bug box in green. 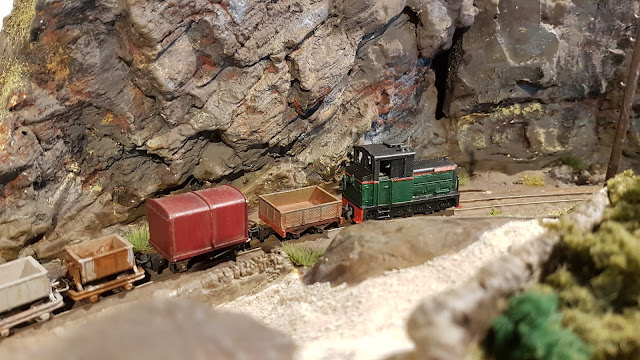 This is his ROCO diesel in FfR livery, loco named Barnard Castle 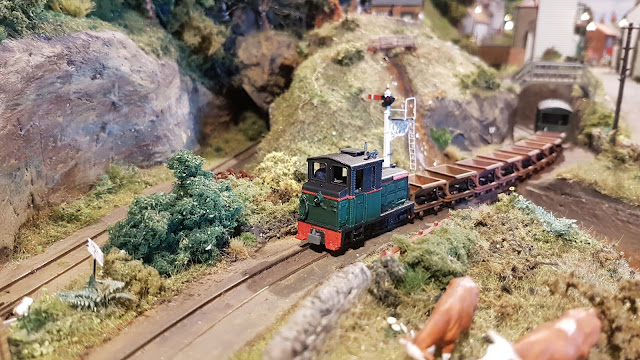 Here it is again with my rake of ROCO skips in tow. 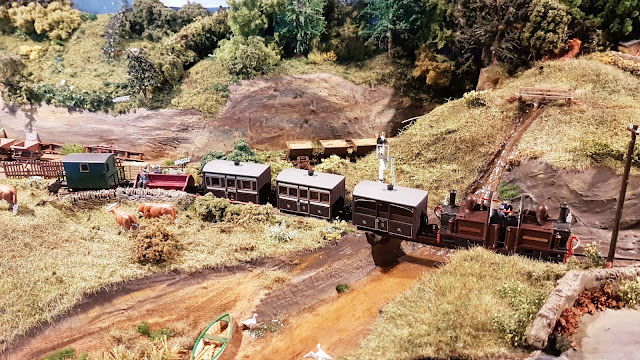 These rather nice Victorian Bug Boxes came to stay also, which was nice, as they are absolute works of art. Just need a suitable loco now...