A bit of an experiment

I've got a new phone and so I'm seeing if I can post directly from it. 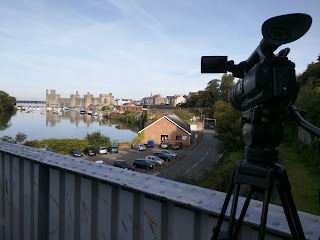 I haven't taken any modelling pictures but here is one of the video camera set up to get a shot in sunny Caernarfon.

So there I was having a shower, not playing extreme sports or trimming hedges or anything when my neck went crack and I was in agony... a genuine pain in the neck. So no sleep and all I could do was sit on the sofa staring straight ahead. Bummer.

Anyway after a day and a night of watching the tele I decided that I might be able to tackle a little bit of modelling which has led to two solid days and a bit of an avalanche of project finishing and starting and finishing. 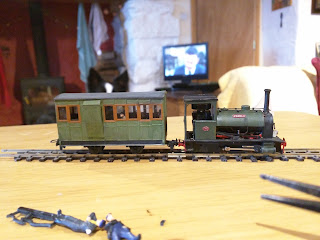 First up was to get Pamela running as well as I knew it should be able to. I cheated this by swapping the chassis for the one I have waiting for a future project, it needed the keeper plate swapping over to avoid drilling a hole but apart from that I just used the false frames and cylinders from the MK1 version and there it was running as smoothly as you could want. Now I can investigate the errant chassis and sort that out at leisure. The coach sitting with Pammy in the picture is a 3D printed body which was delivered from Shapeways just in time to not quite get it right in time for the exhibition, however it is now sitting square on its wheels and I've ordered another one to go with it. It is vaguely based on the 3ft gauge Ratty coaches and is a nice size, I've added the duckets from a VoR brake van to this one but the next I'll just make up as nature (or 2A Rail) intended.

In using the chassis and duckets from the VoR kit I was left with the remains of the kit so decided to use what I could to make something else; while scratching my head I realised that if I used the chassis from another one I had lurking in the big box of unmade kits I would have another spare body. 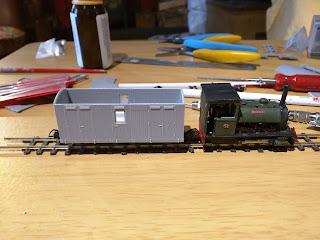 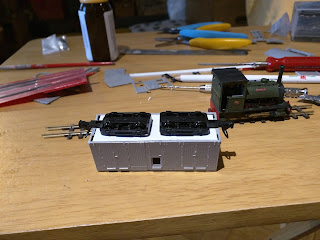 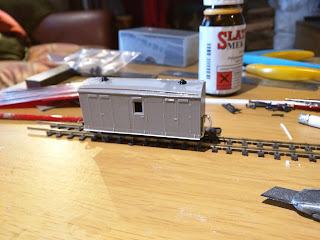 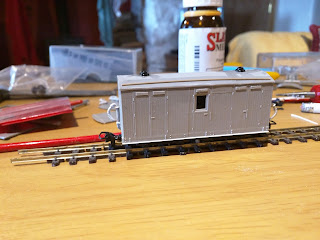 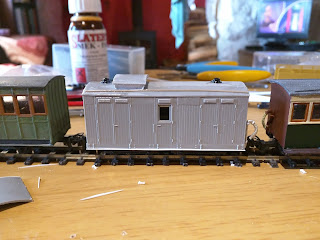 You can see above the general thrust of what happened next. I cut and shut the two kits together to form a van with a guard's door in the middle and two sets of double doors at either end to make a full brake. I have been waiting for an excuse to use a pair of the newly available PECO coach bogies and this was the perfect job for them. I cut a piece of thickish styrene for the floor and then all you have to do is make a pair of holes and clip the bogies in.

Inspired by Ted Polet's full brake van and having a liking for SECR birdcage stock I then bodged a roof thing. I still need to give it some windows as at the moment its solid all round but the shape looks quite nice. I'll add some brass door handles too once the painting is finished.

Next on the TV dinner table I decided that Island my Fiji alike deserved to be sorted out. I had done most of the bodywork and painted it black with the idea of painting the cab and boiler a red colour but the more I looked at it the more I liked the semi matt black. I painted the smokebox and below the footplate matt black and picked out the safety valves and whistles in brass. 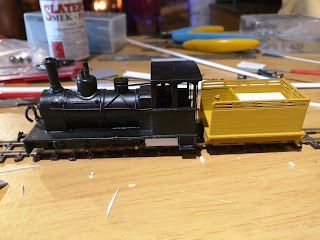 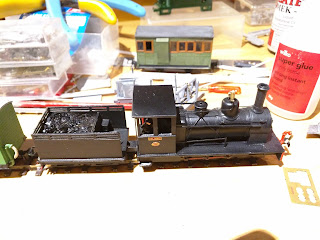 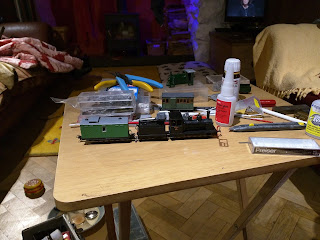 As you can see by the end of my sojourn on the sofa I had also sprayed the tender black and finished off the details like coal on that too. I really like the look of this beastie, it is by far and away my biggest loco but it sort of reminds of Donald and Dougal from another island railway network. 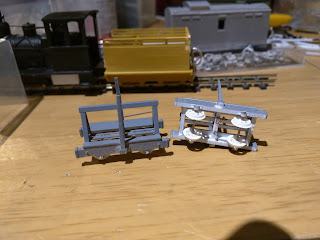 These printed Corris slab wagons have also had some attention in that I've added the wheels. I didn't try to make them w﻿ork so they are just glued in place, all they need now are some chain to tension the two uprights and some paint. Nice looking, I just need a slate quarry now... hmm?
One other exciting modelling thing has been confirmed today and that is that Great and Small III is definitely on for next September 9th to 11th. Put it in your diary now as it once again promises to be a cracker. And yes, I'll get a grown up to do the measuring.
No comments:

Well thank goodness that is over. Much as I enjoyed the show once it was up and running the build and setting up was very stressful. Thankfully all the modellers and railway staff and volunteers were very helpful and lovely so it all went off very well... so much so that I've been told by the General manager that we have to do it all again next year. 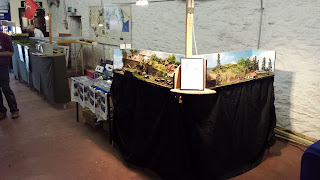 From behind Underhill it all went off reasonably well but the uneven floor in the goods shed and the awful join between boards contributed to much swearing and stuffing bits of cardboard box under the legs to try to keep things running. I'd just got it perfect by the time to pack up. 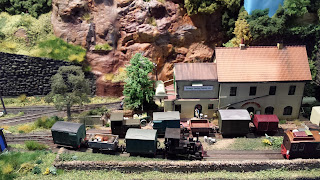 I managed to fail to measure the two smaller rooms and so not be able to fit what I'd hoped into those rooms but thanks to a bit of jiggling and the supreme unflappability of Stan and Roger who just turned their one layout into two, everything fitted and looked like it was planned to the un-trained eye. 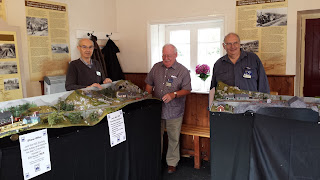 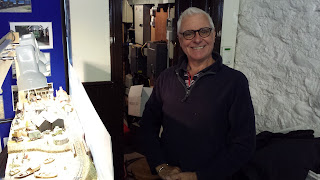 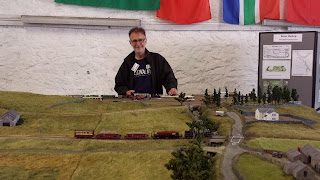 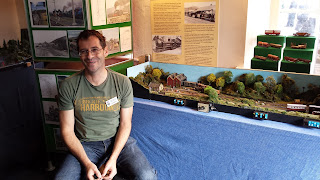 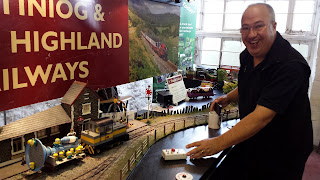 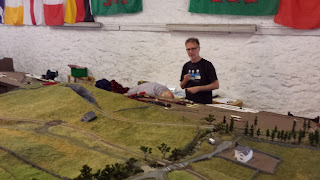 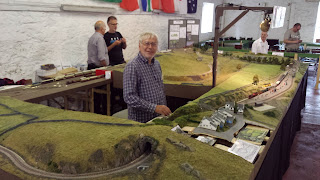 The smiling faces behind the layouts tell a story. Either mass hysteria or happy bunnies, I think the latter. 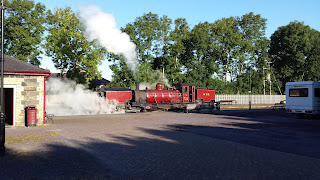 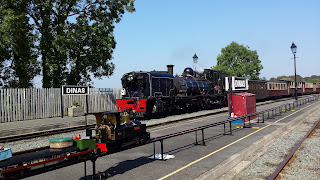 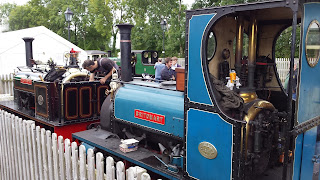 There were also some larger beasties out in the 'real' world including the GMs Dad's 5 inch gauge Sgt Murphy. I never did get round having a ride on it.

Anyway, put this weekend in your diaries for next year as it is destined to be bigger and even better measured up next year. Mean time I can get back to doing some modelling. Now where did I put that coach...