I want to ride my bicycle

Having hurt my back again this week I've had some enforced staying at home time and so have cracked on with some modelling by way of occupational therapy. Firstly I added lining to Nancy, my Varikit bash, it also got some tidying up of the paintwork here and there.﻿ 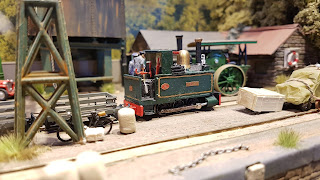 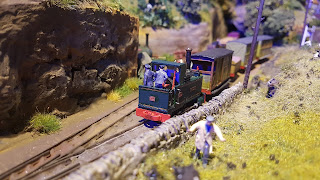 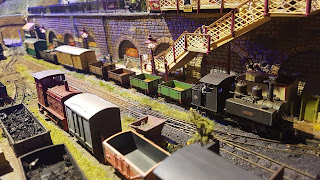 Having just sold off some freight stock I added one of the new Bachmann ambulance vans in SR insulated guise to the fleet; a splosh of weathering has taken off the plastic look. 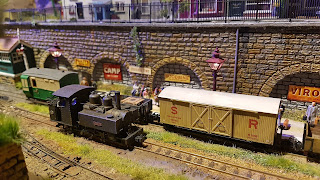 In the process of building the new version Skylark, the old one, Nettie, has been tarted up and has had the chassis attended to. She had developed a bit of a limp which someone suggested was a quartering issue. After close examination this was found to be the case and with some fiddling about and swearing applied it now runs as sweetly as the brand new one. 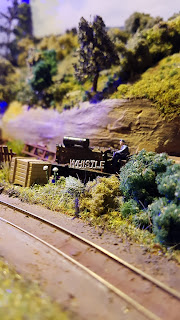 While looking for something else on evilbay I stumbled upon some laser cut whistle signs so these have sprung up at appropriate locations. 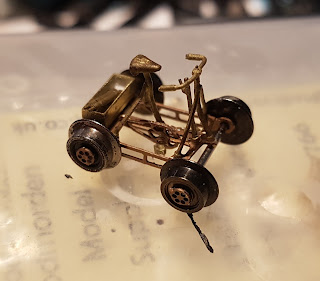 A few years ago I had a visit from Werner Knopf of WEKbahn fame and he gave me a gift of a tiny little, cast brass and etched copper kit for a pedal powered inspection car. At the time I looked at the kit and decided that I couldn't build it; however some years have passed and I've been practicing and everytime I've seen the kit languishing it has given me a little pang of guilt. 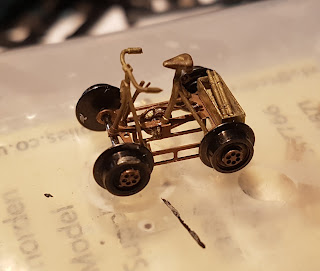 It was very fiddly to build but here it is. Only problem is that is 12mm gauge, I looked at it with a view to narrowing it and decided that I couldn't do it without destroying the whole thing. 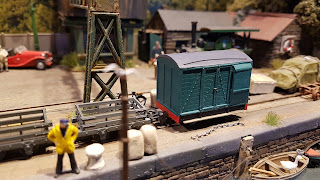 I've also converted another DM35 into a brake van as I've been running a bit short on vans... 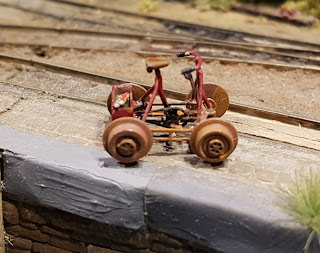 Here is the quadcycle in painted form. The only bit I didn't get entirely right was the pedals but close enough. It will sit beside the line somewhere and be admired. 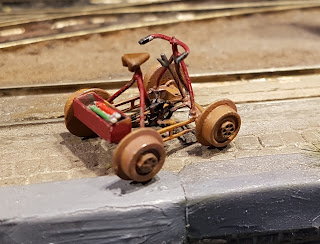 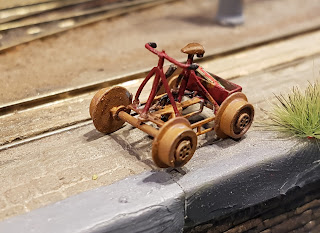 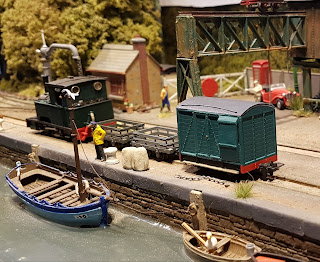 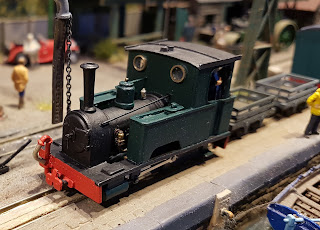 Olwen has had a couple more details added, namely smokebox door handles, some coal in the bunker and some nice turned brass window surrounds. These were intended for Skarloey but are a perfect fit here. 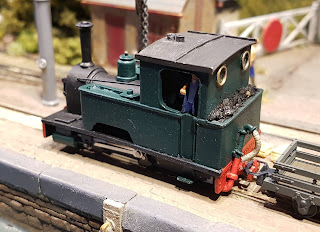