To build an engine would be an awfully big adventure

The world seems to have gone bonkers, mostly it seems to be shut. However on the Isle of Stoner in 1964 everything is just fine. It seems that the Ffestiniog Railway has sold off some of its small Birminghams or bug boxes as they are fondly (?) known. Lord Stoner being a bit of a hoarder of second hand rolling stock, three have turned up and entered service. 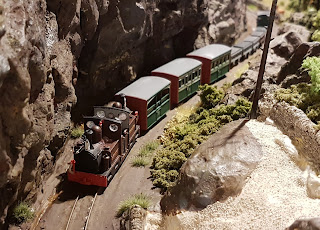 Obviously they are actually the new PECO FR coaches and they are lovely. Theses ones are in the first preservation livery of green and white. They look at home with the IoSR's double Fairlie and a small raje of PECO FR slate wagons.

The van is a Dundas kit but will eventually be replicated in the PECO RTR range. 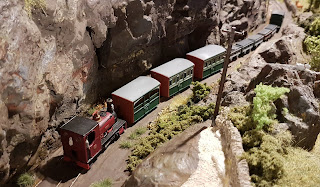 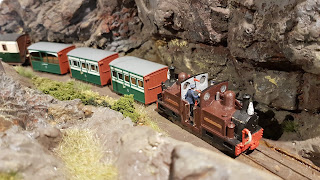 Here they are. Delightful 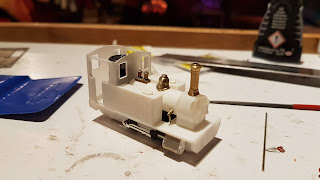 Last year, at the Warley show I bought a Narrow Planet Beyer Peacock kit which I'd had my eye on for some time. Predictably I didn't want to build it exactly as intended as I didn't want a GWR looking loco. I decided to ditch the supplied boiler fittings which although very nicely cast in whitemetal, just screamed Great Western. 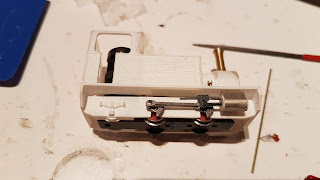 The kit is designed to fit onto the Minitrains F&C chassis which I just happened to have a spare one of. I hadn't had the loco building mojo since Christmas but a week of annual leave at home and the impending end of the know world spurred me on to have a crack at the kit. 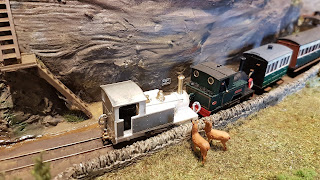 It follows the usual NP paradigm of a 3D printed carcass with etched overlays. This works really well and makes for a very simple build which ends up looking very good. 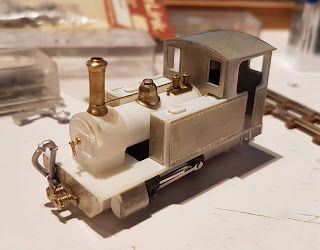 Replacement boiler furniture added and a pair of RT Models PQR couplings substituted for the supplied ones and I was pretty happy with the new look. I also added vacuum brake pipes. 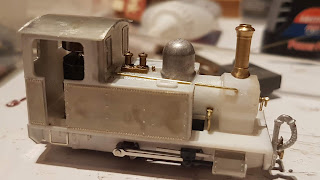 Then I had a crisis of conscience about the dome I'd chosen. It was a nice N Brass brass casting but being for an n gauge loco it was slightly too small. A selection of replacements were tried. 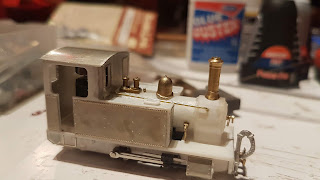 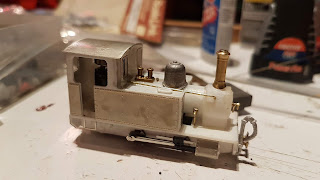 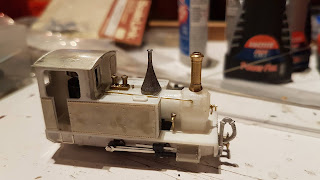 A bit of a long shot. 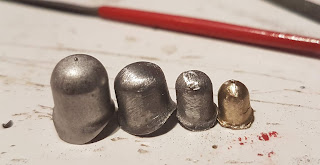 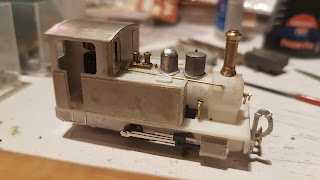 What about adding a sand dome? No. 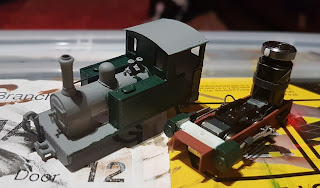 Anyway with a suitable casting chosen and glued on it was time to start the spoiling with paint phase. A coat of Halfords grey primer on the body and the red/brown on the frames. the plan being to give the loco a sort of L&B livery vibe, leaving the frames red/brown. 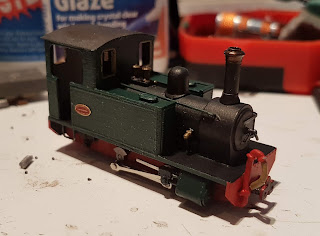 This is the state of play so far. I managed to break the clack valve for the other side so one is on order and nameplates are on their way from those lovely chaps at Narrow Planet. It will be called Wendy, named after an old friend who is having a very bad time at the moment.

I've also been working on a 3D print that I bought off evilbay. It isn't a bad print but is slightly too large to fit with my rolling stock. I thought the best thing to do was to finish it off and put it up for sale on said auction site. I've added a few fittings and nameplates etc and given it rather a nice paint job. 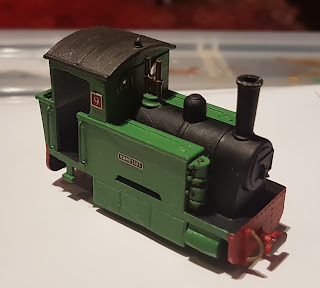 Designed to suit a KATO 103 chassis I found a very cut down version that I tried to fit into an Eggerbahn tram some years ago. Despite having a large amount of the body work missing it still works well and with the added weight in the body of the loco, it runs really rather well. 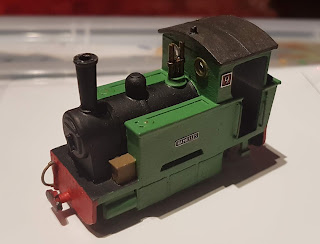 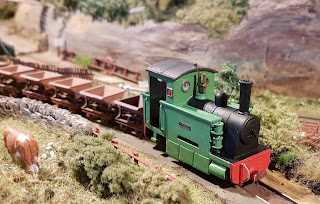 Here it is pulling quite a long train up the hill by Town Quarry.

The next thing to do to the NP kit is to let the paint harden off and then to add glazing to the window, some crew and lining. I might be a tiny bit distracted as I'm also in the process of building a small n gauge standard gauge layout... 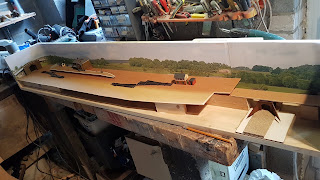 Smallerfield, a preserved branch terminus in the SW of England.