We have this joke at work about January being the famous quiet time, everyone thinks as there are no trains that we just sit around drinking tea. Nothing could be further from the truth, apart from the tea drinking. As a result I haven't really done much on the layout. 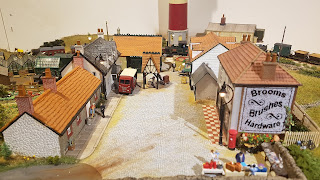 I did get out the weathering powders to try to make the town square look a bit better, well less shiny. 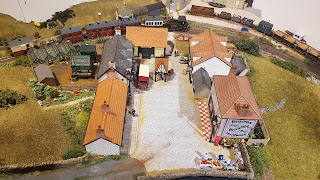 Looks a bit better but I think in the end I'll grasp the nettle and do the DAS clay thing. 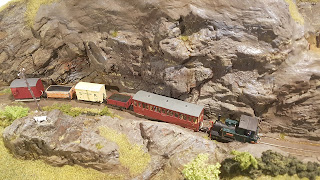 AGR Models have added to their growing range of PECO van reliveries with a version of their classic n gauge SR banana van which has always been one of my favourites. I have a small collection of n gauge stock waiting for a layout and this is one of the vans awaiting its railway. 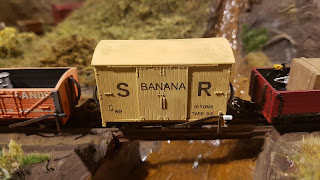 Here it is after I got at it with the trusty weathering powders. 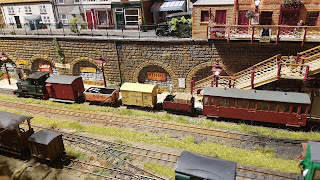 Here it is next to their Arnold Sands open 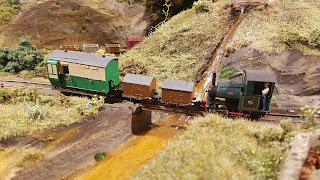 Apart from that, most of the time I've had in the garage has been devoted to operating (playing trains). I really must get on and finish off the electrics for the Rock Beach end of the layout and sort out the points leading to Town Quarry which stopped working after the excavation work to create Sandy Brook. I suspect that I cut through some wiring that was embedded in the scenery without realising it. Famous last words but it shouldn't be be too difficult to fix...