I've been a busy bunny this week on the new river bridge and associated scenic work, all made easier by the fitting of a proper door to the workshop. Not only does it open and close properly but it locks securely without the application of superhuman force to the lock. Thank you Elwyn the windows. It also means that I don't have to limbo under the fiddle yard to get into the man cave. 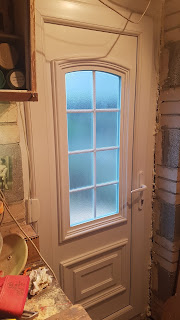 Another little surprise this week was finding my little railcar on the front of 'the news'. Thank you the 009 Society. 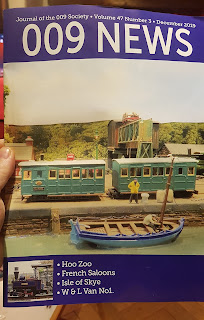 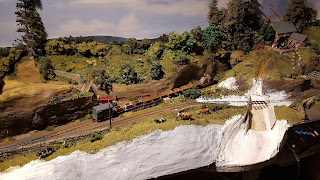 Work on the river bed and the associated bit to the left began with the addition of ready mixed filler, formed into landscape over a couple of offcuts of timber and some sections of foam core board in the river itself. 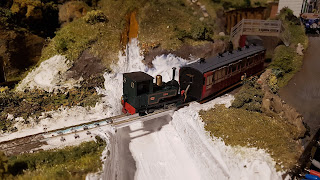 The bridge itself is simply a couple of lengths of Evergreen I beam glued under the rails. I've used some very expensive Preiser stone walls as the supporting river walls. 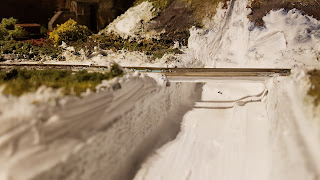 At the filler stage 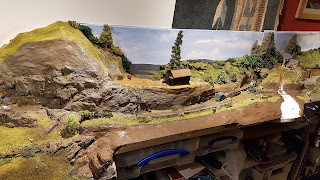 The extra bit Turning brown, I used some tester pots of emulsion as usual. 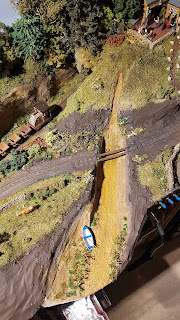 The dry river bed, colour as usual from acrylics and a bit of texture added with some old brown flock. Greenery blending quite well with the older scenery, still bit light as the PVA is still wet in this picture. 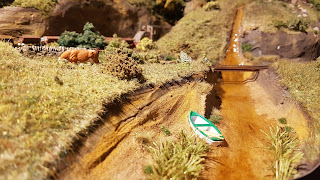 A first pour of Scenic Water which is a 2 part clear resin. I've never used it before but so far it looks good. I need to add some movement to the upper section and where it joins the level water but not too much as it is only supposed to be a small stream in the summer. 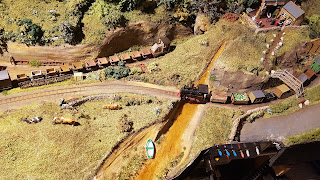 Quite a pleasing result and an extra dimension to the scenery. 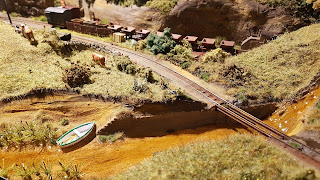 Just to prove that Nursie gets a trip out to Underhill sometimes, and also the steam tram and the inspection shed. 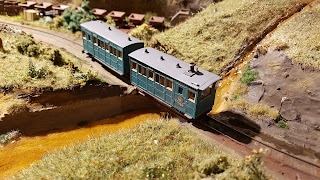 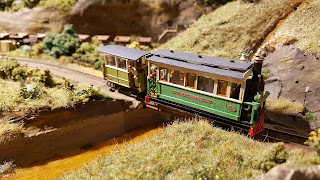 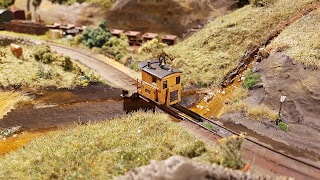