Despite the bulk of the work being done (for now) I keep on fiddling with things which don't look quite right or which need a little more detail. A wise man said to try black and white pictures as they show up whether it looks realistic better so I did. 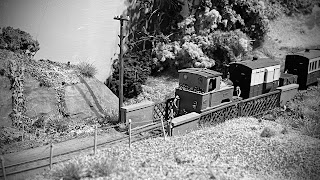 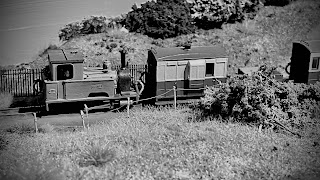 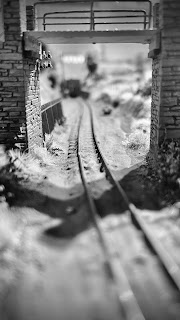 I have to say that I'm pretty pleased with these shots.
The next big job is the creation of 'Port Lucy' the other terminus which will replace the fiddle yard and provide carriage sidings and loco shed facilities. I'm very much still in the planning in my head stage although I've done several doodles on paper too. I do have a baseboard which I built for a previous version but the more I think about it the less suitable it is, which is a shame as I hate doing that bit of layout building. Meanwhile I can enjoy playing trains on what I have now and adding bits and bobs as I see fit. 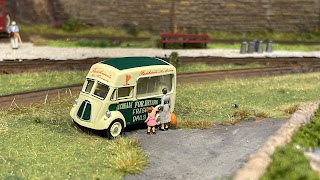 One of the things I've added is an ice cream van and customers, I think they may be waiting a while as the ice cream vendor seems to have buggered off. 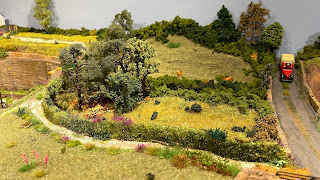 The top field now has a hedge to enclose it and the footpath looks better for it. 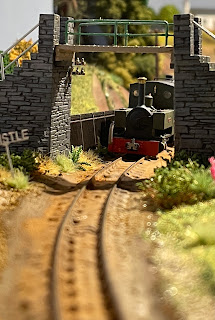 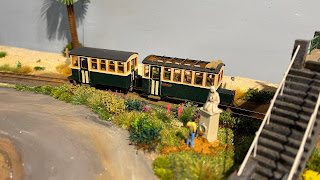 I found a statue (Preiser I think) and there seemed to be a space I could clutter up by the footbridge so here it is. 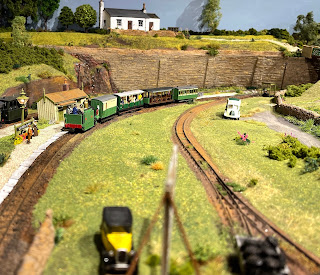 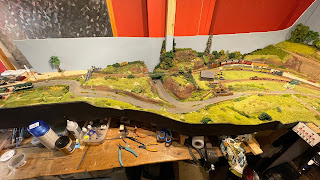 A quick tour along the layout, the fiddle yard is just to the left in this shot. 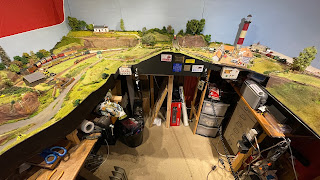 This shows 'Upper Bay' then on round the corner to 'Rock Beach' and the lighthouse. 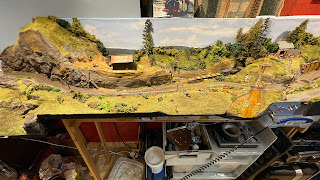 'Town Quarry' is the oldest part of the layout and comes next. 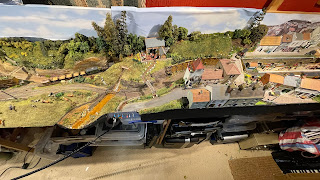 Then on through 'Parrott Cutting' and into 'Underhill Town' 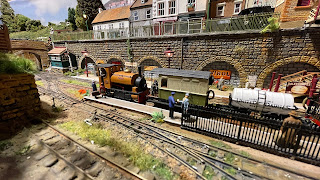 'Smallerfield' waits in platform 2 while a young lad admires the footplate.