Trying to get locos to run properly

This week I've been endeavouring to sort out a couple of locos that don't run as well as I'd like. The first one being the Narrow Planet/Minitrains 0-6-0 Bagnall. Mine is named 'Jim' after our cat, here the similarities end. 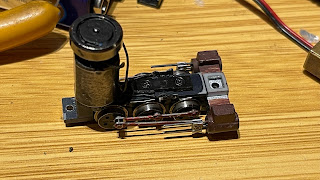 The chassis has always been rather hesitant so I decided to dismantle it and get it going, I thought the problem lay with the pickups as it seemed to run freely enough without the worm gear engaged. I duly took it apart and bent the pickups out slightly to ensure better contact with the wheels. Then came the nightmare of fiddlieness of reassembling it. There was a lot of swearing and giving up and having another go before I finally had a chassis with all the pickups behind the wheels and the quartering looking right... The bloody thing still barely drags itself along the track so something is wrong somewhere. I'll pluck up the courage to look again soon. It is gear driven all through so maybe taking the pins out of the middle wheels will help? 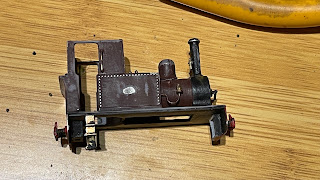 While I was at it I decided that it deserved a better paint job and a few extra details adding, so I took it apart as best as I could without causing any extra work and cleaned it up with needle files and fine emery. 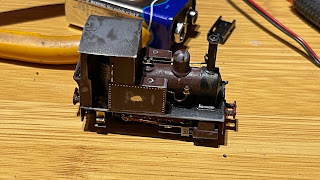 I'd made a reasonable job in the first place but the colour was too dark for such a tiny loco, here it is ready for some paint. 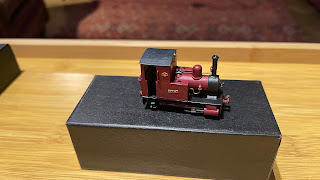 Here is is refinished in the maroon colour that I use for diesels and carriages usually. Much nicer. 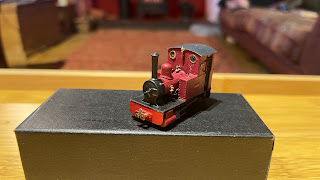 I also added brass port hole surrounds from RT Models and glazed it with Glue n Glaze. I also pained the motor and flywheel in matt black to make it less visible as I seemed to have missed that in the initial build. 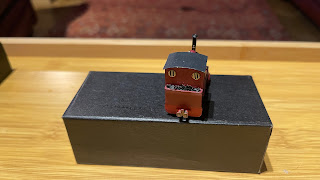 I used the slotted port hole covers for the rear of the cab, adds a touch of something. I just need to get the blooming thing to run properly now. 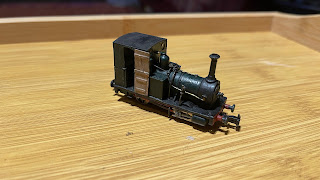 The other engine I've had a poke at is my Bachmann 'Dolgoch' which has always had a rather lumpy gait as though something was rubbing somewhere on each rotation of the motor. It runs but lacks control because of this. I suspect it is my fault from when i did the conversion, when I stripped the paint I misunderstood the instructions and melted the plastic footplate part so it has always been a bit of a bodge. 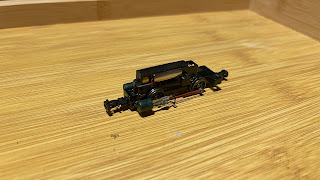 I've fiddled around but am no nearer curing the problem. 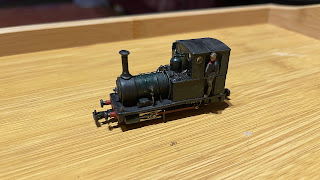 It is a shame as I'm very pleased with the look of the loco, 'Dolgoch' being one of my favourite prototypes. I shan't give up on it. 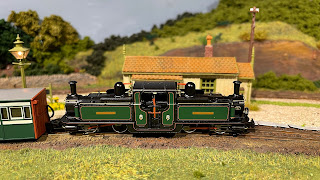 Also this week I've had a visit from three double Fairlies... 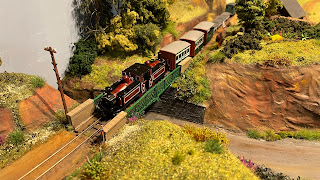 These are the Bachmann models which I've been biting my tongue about since they were measured up some years ago. I'm very happy to say that they are lovely models of prototypes which I have no desire to own, therefore protecting my wallet. 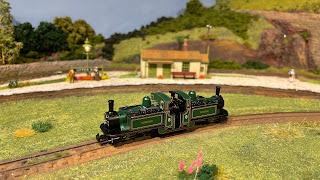 Having said that, I have rather been taken by the original build condition 'Merddin Emrys'... 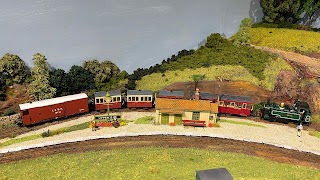 Something which I could afford and have been waiting for for an almost equally long time is an L&B bogie brake van from PECO. Dave Malton has made an absolutely cracking job of it, test runs suggest it will be very useful on passenger trains. It needs a few little modifications to make it belong to the IoSR, like a less white roof and less L&B logos. Will be an enjoyable evenings work.